It’s officially “Native American Heritage Month" so lets remember what happens to people who get in our way. 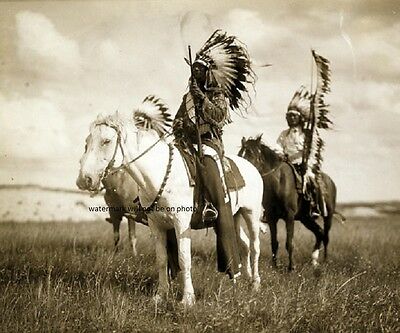 It's a commemorative month-long celebration enabling Indigenous People to connect to America. To share their culture; food, crafts, dance, canons of faith and leadership. During the month of November, federal agencies are encouraged to promote Native American’s rights by assisting the nation’s awareness, tolerance and education of the Native American way of life.

Age of Discovery > Trail of Tears

From the Age of Discovery onward, sayings like “Columbus sailed the ocean blue in 1492” storied the European’s arrival in The Americas. Several European empires including — Spain, Portugal, Britain, France, and the Netherlands — all began to explore and claim the natural resources and human capital of The Americas. Over the next 500 years, their arrival would result in the disestablishment, enslavement, displacement and genocide of the Indigenous Peoples, and to the establishment of the United States of America.

In 1779, for example, newly elected President George Washington gave orders to destroy the crops, villages and establishments of the Indigenous People. He writes to his generals:

The Expedition you’re appointed to command is to be directed against the hostile tribes of the Six Nations of Indians, with their associates and adherents. The immediate object is the total destruction and devastation of their settlements; the capture of as many prisoners of every age and sex as possible, the ruination of their crops now in the ground, and the prevention of their ever planting more.

Fifty years later, the Indian Removal Act — signed by U.S. President Andrew Jackson in 1830 — called for the forced removal of 60,000 American Indians from their native villages to Indian Reservations. The Native Americans lobbied the U.S. Congress, created a petition with more than 15,000 signatures, and ultimately took their case to the U.S. Supreme Court who ruled that they were in fact a sovereign nation (Worcester v. Georgia 1832).

However, Jackson ignored the Supreme Court’s decision, enforced the Indian Removal Act, and by 1837 was forcibly removing them from their villages, incarcerating them in stockades, and forced them to walk more than 1,000 miles to Indian Reservations. Over 4,000 died along the way and many are buried in unmarked graves along the Trail of Tears. President Andrew Jackson writes.

By persuasion and force they have been made to retire — from river to river and from mountain to mountain — until some of the tribes have become extinct, and others have left but remnants to preserve for a while their once terrible names.

Population figures for the Indigenous people of the Americas prior to colonization in 1492 is difficult to establish. Scholars rely on archaeological data and written records from European settlers. However, most leading scholars gravitate toward a figure around 50 million, while some historians estimate 100 million or more. According to the U.S. Census, there are approximately 5.2 million full blooded Native Americans in the United States today, and collectively represent 1.6% of the U.S. population.

The Sachem: A Paramount Chief

During Britain’s colonization of the Americas, the term “paramount chief” was created by the British Empire. Because the term "chief" was routinely used by many civilized tribes, the term "paramount" was added to distinguish the Native American Indian’s Chief Executive. He was the highest-level political leader of the combined villages and regions throughout North America. The Sachem neither inherited nor claimed the title but was chosen by the combined tribes and villages to lead the nation.

Crazy Horse is remembered for expelling European Colonists, famously killing General Custer, and Red Cloud won the only war with the United States. However, Standing Bear was the first to take their battle to court. He was the first Native American Civil Rights leader, successfully arguing in a U.S. District Court that Native Americans were "persons within the meaning of the law." The harbinger of habeas corpus, Native Americans were judicially granted civil rights under American law from 1879.

While naturalized Native Americans citizens represent a scant 1.6% of the U.S. population, over 70% of our 330 million citizens actually have Native American Indian in their blood. According to Ancestory.com, “Native American blood lines are present in 73% of all participants in our Ancestry DNA Studies: Tests for Ethnicity and Genealogy.” It can fairly be said that Native American bloodlines are firmly imprinted into the identity, culture and DNA of America.

The National Museum of the American Indian, a Smithsonian Institution, identifies six themes that came to characterize the Native American’s quest for liberty. They represent a canon of leadership ideals that guide and govern them even now including; recognition of the immanent value of all things, noninterference, and a collectivist decision-making approach.

If cancel culture is a modern form of ostracism in which someone is thrust out of social or professional circles – online, social media, in-person or politics — it is patently true that the Indigenous Peoples of the United States were the first to meet that fate. Their free speech may have been the first to go in 1492, but to block, delete and silence one another is now the order of the day.

Yet it was ostensibly the very intention of the Native American Indian to welcome and integrate European Colonists into their way of life. To share their culture; food, crafts, dance, canons of faith and leadership. In fact, it was their Harvest Festival which led to the American tradition of Thanksgiving and an Indian — a sachem paramount chief — who first approached. On March 16, 1621 — Samoset, the first Native American to make contact with the Pilgrims — startled the colonists by walking into Plymouth Colony and greeting them in English with a warm "welcome."

All the World's a Stage